Potter Adam Frew has been resident artist at Flowerfield since beginning Craft NI's 'Making It' scheme in autumn 2006.  During his time here his work has gone from strength to strength.  From developing a strong range of functional ware that has changed dramatically since the early days: 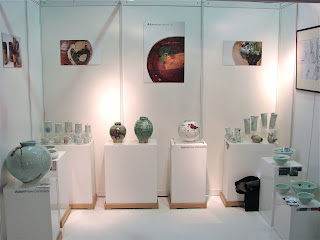 To winning the Award for Excellence at the British Craft Trade Fair in 2011. 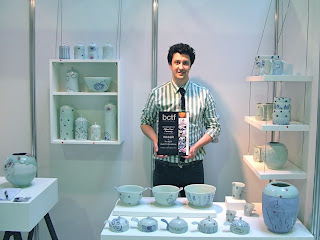 "Being at Flowerfield has been vital for me.  The launching of Making It 06 was energetic as soon as I had clay to throw I was making pots!!  Both Flowerfield and Craft N I continued supporting and promoting  me enthusiastically for the duration of the two years. Magazine articles and media footage has allowed showcasing of the work not only to the local community but also to the wider international audience as well.
Malcolm Murchinson, my mentor and the director of Flowerfield supported me with every venture from the building of experimental kilns on site to offering down to earth advice and support when it was needed.

The programme ended with my first solo show in the amazing gallery space.  I was a perfect way to round off the two years and launch myself as an independent business." 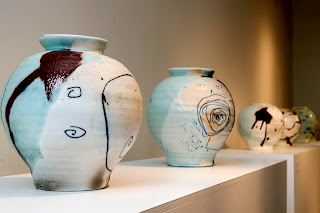 To see Adam's most up to date work have a look at his website: www.adamfrew.com

Posted by Flowerfield Arts Centre at 07:26